Stevie’s Creole Café Is Back

Stevie’s Creole Café was first established in 1986 and is back in Los Angeles, CA, serving their Smokey Fried Chicken and their famous Seafood Gumbo that has been voted “Best gumbo this side of New Orleans” by Jonathan Gold of the Los Angeles Times.

Owner Stephen Perry began his career in the restaurant business in 1986. He turned his love of cooking, good food, entertainment, and people into a business that combines his passion and experience.

10.  This gave him firsthand knowledge of the importance of timeliness, focus, and having a friendly nature. Some of his films are "The Learning Tree," "Raisin in the Sun," and "The Sound and the Fury." He appeared in many long-running popular television series, including “The Twilight Zone," "Dr. Kildare," “The Mod Squad," “Nanny and the Professor,” and “The F.B.I.”

When he opened the doors to his first restaurant, Stevie's, on the Strip in 1986, people were standing in line. Perry marketed the opening with radio advertising, invited his celebrity and lifetime friends, and the community at large, to taste Stevie's Smokey Fried Chicken. Word of mouth, as well as paid advertising, ensured lines and repeat visits. People drove from all over the greater Los Angeles County just to get a taste of his signature fried chicken.

Stephen Perry’s will continue his legacy of good food and people in the Los Angeles area with Stevie’s Creole Café! 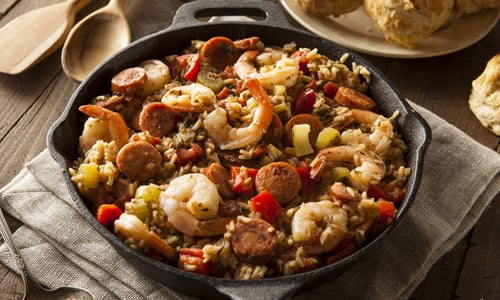 Looking for the perfect place to dine with your family and friends? Head to Stevie’s Creole Café! We offer the best-tasting Creole dishes in the area, as well as a warm and comfy environment and excellent customer service on top! Enjoy a wonderful dining experience with your loved ones as we fill your table with plates of great food! We look forward to seeing you at our new location on Pico!